John’s Auto Service & Repair is an essential business and open to make sure your vehicles are in good running order. Your health and that of your children and family remains our main concern. We are continuing to follow the most up-to-date guidelines from the Centers for Disease Control (CDC). Additionally, we are personally disinfecting vehicles before and after service.

Replacing your timing belt is critical. Here’s why.

Next to changing your engine oil, replacing your timing belt is the second most important thing you can do to maintain your car. Why?

Because if your car has a timing belt — some have timing chains instead — and the timing belt breaks, your engine will stop running immediately. You will be left stranded without warning. And depending on your car, you’ll also be facing a expensive engine repair bill ranging from $1,600 to $2,800.

This may sound very doomsday-like, but we’d rather you be forewarned and get the facts than face the harsh reality after your car comes in on a tow truck.

What is the Timing Belt?

As the names imply, the timing belt or timing chain keeps your engine components in sync. They rotate the camshaft, controlling when the valves are opening and closing to let fuel into or exhaust gases out of the engine cylinders. They rotate the crankshaft, keeping the pistons moving up and down at the right time inside the cylinders. The difference is that a timing chain usually lasts for the life of the vehicle. But the timing belt has to be replaced periodically, typically around 90,000 or 100,000 miles. 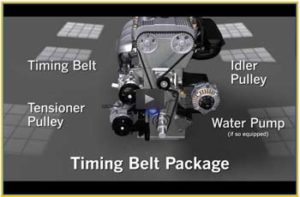 Your timing belt is like the conductor of an orchestra or the captain of a rowing team. Imagine if the conductor leaves the stage. How do the violinists or flutists know when to start or stop? How will the percussionists know when to chime in to add momentum or quiet down for dramatic effect? Imagine if the members of the rowing team all begin to row when they feel like it, ignoring the strokes of those around them?

This is what happens to your engine when the timing belt breaks: chaos. The camshaft and crankshaft are left free wheeling. The valves are opening and closing as the camshaft spins freely; the pistons are going going up and down regardless of where the valves are in their rotation. And guess what? If your car has an interference engine, the valves and the pistons will collide. There isn’t enough space in the cylinder for a valve to be open at the same time the piston is at the top of its rotation.

In a good scenario, the piston strikes and bends a valve or two. In a worst-case scenario, a valve crashes into and ends up embedded in the top of the piston. The challenge is: You will not know how much engine damage there is until you remove the valve cover, and it’s not uncommon to have to remove the cylinder head to see the full extent of the damage. This is very expensive. After all, we’re disassembling the engine – the heart of your car.

If your car has a non-interference engine, the scenario is a little better. Your engine will stop running suddenly, and you will need a tow truck to get you home (or to the auto shop). But your engine will not suffer any damage. You will, however, need a new timing belt before you can go anywhere.

This can be an unexpected cost, and it’s not a cheap one. A new timing belt costs a minimum of $670 on a 4-cylinder engine and about $1,000 on a V6 engine. We strongly urge you to plan and budget for a new timing belt based on your vehicle’s maintenance schedule. Don’t wait for it to break, risk getting stranded, and rack up a towing bill or engine repairs on top of the timing belt cost.

How Do I Know When I Need a Timing Belt?

Unlike your serpentine or accessory drivebelts, the timing belt is not easily accessible. You cannot see it when you open the hood because it’s typically buried beneath a number of engine accessories and/or plastic covers.

Your best bet is to look at your owner’s manual and see when your car maker recommends replacing the timing belt. It is typically around 90,000 or 100,000 miles.

If you cannot find this information in your owner’s manual, call the team at John’s Auto Service. We can confirm that you have a timing belt, and if you do, we can look up the replacement interval for you.

Why Should I Choose John’s Auto Service?

Replacing the timing belt is a major undertaking. When you choose John’s Auto Service, we guarantee:

What Else Should Be Done at the Same Time?

When you replace the timing belt, it’s also common to: 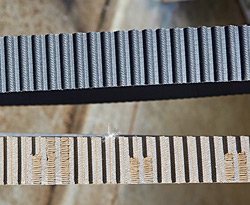 Words from Our Clients 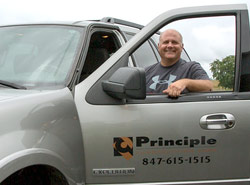 "Even when we were very young, he was always working on cars. I knew he was going to be a quality mechanic. For years, I've brought my vehicle to him and referred friends and family because he'll do great work at a fair price. Everything is done in a timely manner and done with professionalism, and it's quality work."
Amanda & Gideon N., Joliet 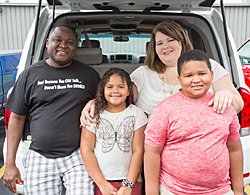 "We come here because he does good work. You know you're not going to get ripped off. They offer fast service. They're always friendly. They let you know exactly what is wrong with your car. We understand what's going on and how to approach it and how to plan for maintenance on the car."
Tom G., Frankfort

"It's refreshing to do business with an honest shop. I don't have my vehicle serviced anywhere else. I trust John 100 percent. That's why he's doing so well in his business. Integrity and honesty."
Rich J., Tinley Park 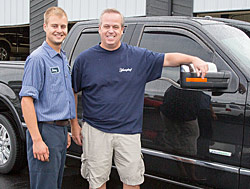 "I've sent a lot of my friends here. When I refer them to John, I know he's going to give them an honest answer. I sent one friend here who was charged $2,500 at a dealer, but he was still having the same problem. The work wasn't done right. John took a look at it, documented it, showed him what the dealer had done, and fixed it for $700. It's running great now."
Kelly M., Mokena 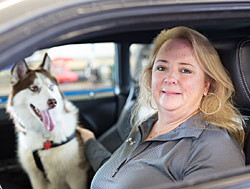 "Hands down, they're very knowledgeable. They go above and beyond. They're very dependable, very honest. No job is too difficult for them to figure out. I had a car with a dealer warranty issue. The dealer couldn't figure it out. John figured it out."
Bob K., Frankfort 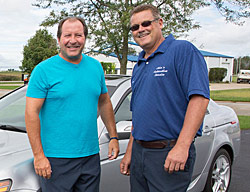 "One feature that's best about John is the trust factor. You have peace of mind. I trust John implicitly with anything he does, and he won't do anything that doesn't need to be done. And that's not just for my car, but my family's cars. My wife and kids bring their cars to John. He gets them repaired quickly and back to us, and that's important." 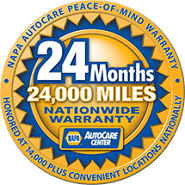